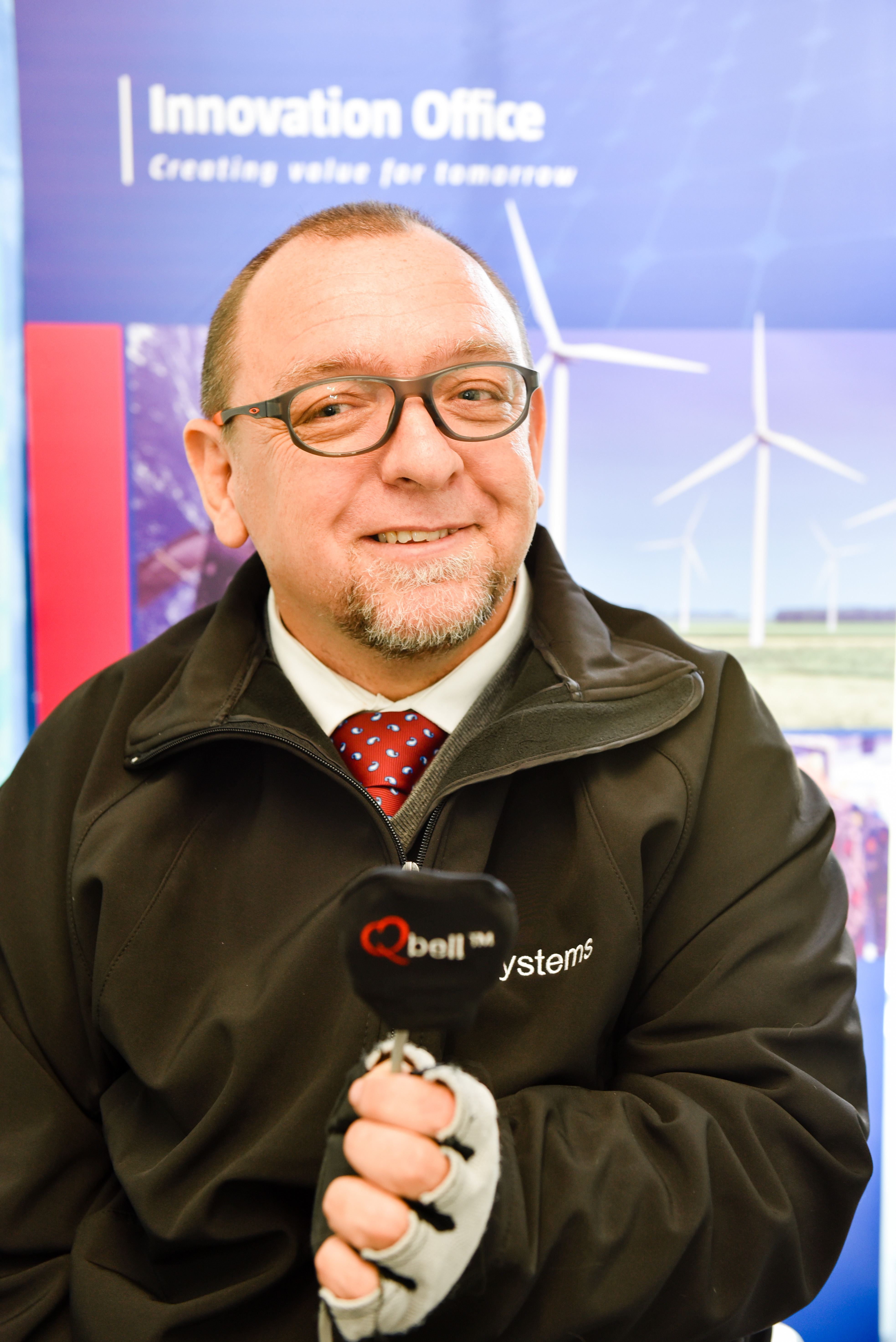 QSystems innovator Heinrich Williams received R150 000 seed fund and business support from the SAB Foundation Social Innovation Awards in recognition of his invention, QBell – an alternative nurse-call button. The Herald published an article on his accomplishment on 2 November 2016.

Read the full extract from The Herald below:

They have now been recognised for their efforts to make life easier for those disabled or less fortunate.

The trio saw the need for underprivileged communities to communicate without the use of conventional telecommunications systems.

Chosen from 600 entries for the SAB Foundation Social Innovation Award, Williams, Thulisile Volwana and Sabelo Sibanda, walked away with R150 000 seed funding for their innovations as well as substantial in-kind technical assistance and support from leading industry professionals.

Williams, 45, along with NMMU’s innovation office and design engineers from eNTSA at NMMU, developed the gadget, a nurse call button for patients with reduced or no hand or arm function.

Williams is classified as a C6 quadriplegic. He has full head and neck movement, with limited use of his biceps, wrists and fingers, which allows him to lightly grasp objects.

Sibanda, 32, and Volwana, 25, both originally from Engcobo, are the co-founders and creators of Tuse – a new software application which uses wireless mesh networks to transfer information from one device to the next.

“The idea is, the application works like a two-way radio, making use of other devices to hop over to each other . . . it basically uses devices as a router,” Sibanda said.

The application is available as a free download from the Google Play Store and can be used for video and voice calls as well as messaging.

It does not use traditional telecommunications networks such as Wi-Fi or cellular network platforms.

The awards, launched in 2011, aim to recognise products and services which are designed and developed for use by some of society’s most vulnerable individuals, including people living with disabilities and underprivileged communities.

Winners will see significant in-kind technical assistance from the Technology and Innovation Agency (TIA) as well as design and access to prototyping equipment necessary for innovations to achieve market readiness.

SAB Foundation manager Bridgit Evans said the organisation was looking forward to working with innovators and entrepreneurs to maximise their potential.

“The [TIA] has shown great foresight and leadership in recognising the potential our innovators hold for others who otherwise would not have had the opportunity to access products and services that bring improvement to their lives,” Evans said.

Williams will be working closely with TIA over the next two years, which will also involve being exposed to potential new partners.

“At the moment we need to establish current needs, which will take us from conception to development,” he said.

Williams and his service dog, Viking, graduated with a national diploma in industrial engineering from NMMU earlier this year.

As for Volwana and Sibanda, who spent a month in San Francisco’s Silicon Valley in the US and received funding from industry professionals before returning to South Africa, they are now looking at expanding their business network.

“We are planning to roll out the software not only in South Africa but the continent,” Volwana said.”